“When it comes down to it, this story is not primarily about spies and secret government agencies; it’s about violence against women and the men who enable it.” 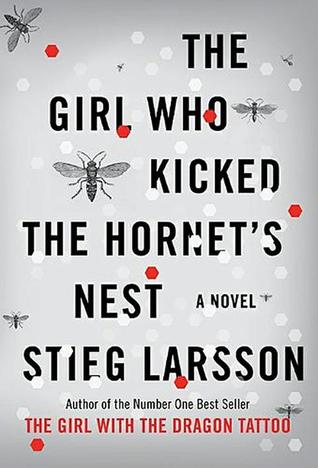 (See also, The Girl With The Dragon Tattoo, by Stieg Larsson (Millennium Trilogy # 1))

This is a book that’s as cold, as precise, as categorical as if it were a true account of certain horrific events. Larsson’s writing reminds me of that of Frederick Forsyth and Ken Follett. Except that Larsson has a singular motive and it is crystal clear – to highlight crimes against women in every way possible.

Part 1 of the trilogy could be read as an independent book. As I stated in my review, I needed a bit of breathing space after reading it, because it was dark and brutal. I had no clue what was in store for me in the final book.

Book 2 and Book 3 are actually part 1 and 2 of the same story. We learn Lisbeth’s true history and uncover a massive government and secret service operation. We learn things that can never be un-learned.

The Millennium Trilogy Parts 2 & 3 is one of the most ambitious political thrillers I’ve read – which is saying a lot, since political thrillers are generally ambitious. In the hands of an author less skilled than Larsson, this subject matter would have injured itself. Not only that, Larsson gives a lot of back story to each character, no matter how unimportant. No other author could have accomplished that form of storytelling while not sounding boring. Larsson does so, and keeps the reader hooked. He makes the reader eager to listen, and he makes each character sound like someone you want to read about – no matter how insane or dull they are. Yes, I want to know what the characters are eating, wearing, just tell me (ordinarily, as is clear from my other reviews, I list this as a drawback)

The best part of this book is the snippet of history that precedes each major section of the book. Each snippet describes historical armies made up of only women soldiers. The author says how these rarely get documented or talked about. It was fascinating to read about the Libyan armies and the Amazons.

This is a story of abuse. If you thought Dragon Tattoo was graphic, this is a lot worse in terms of violence (and by “this”, I’m fusing Part 2 and Part 3 as one book). Are there completely unbelievable bits? Yes. But we’re back to the statement I made about less skilled authors not being able to carry it off. We hang on to every word. We believe every incredulity.

To give you a high level picture, I don’t think I have ever:

-Felt like I was on the roof of a bullet train, desperate to keep my balance (while enjoying that feeling)

–Celebrated the death of one of the bad guys (or maybe I did, way back when Bellatrix Lestrange died. But that was a long time ago)

-Gasped audibly at an unexpected twist

-Screamed the following words at a page during a courtroom scene: BUTCHER THAT BASTARD!

I know those sound like hyperbolic statements that I am making impulsively. But wouldn’t you rather read the book and find out for yourself? It’s a whirlwind of a ride, I assure you.

As to why I have not summarized the story: the quote at the beginning of this post is the summary. Reading that quote made me feel like I was hearing it directly from the author. Like all his characters were put in this world, just so he could say that one line.

My one regret remains that I’ve had these books since 2012, and only now did I read them.

I have to put a note here about the translation: The book has been so flawlessly translated from the original by Steven Murray (pseudonym: Reg Keeland). Not once did I feel I was reading a translation or that something was lost or broken. Completely flawless!

“Like other women writers of my class, I am expected to tame my talent to suit the comfort of my family.” 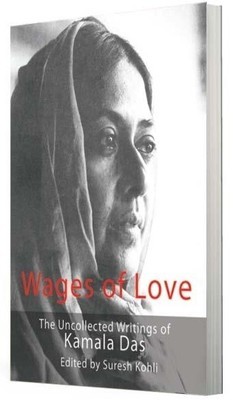 I remember reading a poem by Kamala Das in school. It was part of the English literature syllabus. I had heard Kamala Das’ name whispered conspiratorially between my parents, but I never knew why. (I had also heard Arundhati Roy and Neena Gupta’s names mentioned in those very same tones, on different occasions). So when I found a poem by her, I was wildly curious. I hoped to find a glimpse into the adult world of literary gossip. I found nothing; I did not even like the poem very much. I was perhaps too young to appreciate Das’ direct way of expressing thoughts, being more used to as we were back then to rhyming poetry about sunflowers and daffodils and such.

When they saw me read a poem by Kamala Das, my parents casually remarked how she wasn’t very good. I was easily influenced (still am) and so I nodded my head in agreement. Similar casual (snide) remarks followed, with my mother going rather ad hominem and colouring Kamala Das as an example of what a writer – and more importantly, what a woman – must not be. I did not press for details, but I smelled a scandal.

Fast forward to a couple of years ago, when someone (who intensely dislikes me) read my blog and commented that I write like Madhavikutty (Das’ pen name). I felt proud, humbled, and insulted all at the same time! The childhood bias was still present, I suppose; however, being compared to a splendid writer such as herself did wonders for my ego, even though I knew I was nowhere near as good. The sad thing was, I had never read any of her works, apart from that one poem.

Fast forward again to last week, when Amazon Kindle decided to treat us all with some cash to buy any ebook of our choice. As to why I chose a Kamala Das book, I’ll never guess (given that I have several other books on my TBR, and hers is one name that never really crossed my mind), but that is, as you can see, what I chose. Sometimes, our instincts know.

Wages of Love is a collection of short stories, plays, poems and essays compiled by Suresh Kohli. It starts with the short piece “The Fair-Skinned Babu”, the story of a contract killer. Its ending gave me goosebumps. And with that, I was hooked. Das’ writing is as raw as it gets. Poignant and melancholy, set against a sepia tinted background. Stories such as Neipayasam will tug at your heartstrings and leave a cloud of sorrow over you. There are other stories and plays that question traditional notions of morality and holds a mirror over society’s rigid and frigid laws.

It’s the non-fiction section of the book that I absolutely loved above all else. If there’s one thing you must read, it is Das’ thoughts on religion. She wanted to get the fields “Religion” and “Caste” removed from all government forms, a view I completely agree with. Every time I go to a hospital, and their registration form has a “religion” field (most do), I make sure that my displeasure is obvious. Another essay worth noting is Shattering Misery’s Silence. It talks about how the matriarchal and matrilinear society of Kerala went on to become a patriarchal one, and how the bold women of previous centuries gave way to meek, submissive ones. She talks about how clothing is used to judge people. The slightly sardonic tone in which Das writes is quite gut wrenching.

“If wrappings of cloth can impart respectability, the most respectable persons are the Egyptian mummies, all wrapped in layers and layers of gauze.”

Finishing this book has filled me with a quiet restlessness. Why had I not read her books for so long? Why was I advised against reading her, when of all the writers I’ve read, she seems to be one of the fearless ones that need to be read. Yes, her work NEEDS to be mandatory reading. She spoke her mind; how many of us do? What holds us back?

A Place of No Importance (APNOI, for the rest of the post) is collection of 13 short stories set, along the timeline of the Tamil Calendar, in the little village of Ayyanarpatti. The book begins in the month of Aipasi (mid-October to mid-November) with the story A Festive Suicide, Attempted. As the book (or the year) progresses, the reader learns of the characters who live here, and their idiosyncrasies.

As the author mentions in her note at the end, most of us are accustomed to reading stories with an urban setting. APNOI with its rural setting is refreshing, not only because it offers a different viewpoint (the “other India”, as some people call it) but also because the customs and traditions of the characters in the book give the reader a whole other-worldly charm. Not an unfamiliar one, just a forgotten one. In Ayyanarpatti, caste and gender roles are still strictly defined – the lower castes cannot own houses on the main street (there is only one main street that runs through the village – The Upper Street), the women marry young and stay in their kitchens, the men work in fields and send their sons abroad for work.

The stories in this collection are:

A Festive Suicide, Attempted – A drunkard attempts suicide on Diwali to show his villagers that his family does not take care of him.

Possessed – A boy believes that a ghost from a banyan tree has possessed him.

God’s Own Country – Muthu buys land from Rathinam to set up an international school, but Nithya gets suspicious

A House On Upper Street – A man from the lower caste returns from Singapore and decides to buy a house on the main street.

A New Release – A young wife, whose husband is abroad, and whom she has only known for 2 weeks, awaits the release of her favourite actor’s new film.

Prelude to a Wedding – A mother and daughter try to dissuade their family from marrying the daughter off to someone she does not like.

A Yank in Ayyanarpatti – An American builder gets confused and fascinated with the village’s politics and superstitions.

The Amman of Saris – A sari seller hatches a plan to sell more saris to the naive and pious villagers.

Macondo Thatha: Origins – A man decides to get married for the second time, but his plans go awry.

APNOI is the literary equivalent of a lopsided grin. The way the author has captured fine details with her evocative prose, the stories are a clever and satirical portrayal of life in this little village that few have heard of. The stories aren’t interlinked, but several characters appear in multiple stories, such as the witty Nithya or the wily Muthu. Some stories have tragic ends, but are so well written that the reader applauds the author’s skill even while mourning for the characters. Some others have elements of black comedy in them, while yet others bring a smile to the reader’s face.

APNOI has been compared to R. K. Narayan’s famous Malgudi Days, and it does not come as a surprise. Veena Muthuraman’s sentences do sound post-colonial with a smear of vernacular thrown in, the kind of language one does not get to read nowadays. It is utterly captivating and a joy to read.

The book is available on the Juggernaut app. The book has not yet been added to Goodreads. Will update the link once it’s available.

Disclaimer: This book was sent to me by the Juggernaut team for an honest review. This has in no way affected the review and my opinions are personal and unbiased.